A New Life In The Sun filmed Matt Dale and Adventure Sports St Tropez over a period of 15 days in our 2018 season. You can see the results on Channel 4 from 25th-28th February and on Channel 4 On Demand (4od) 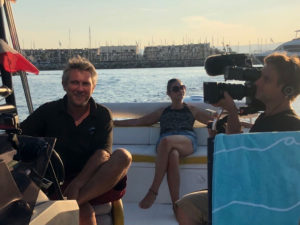